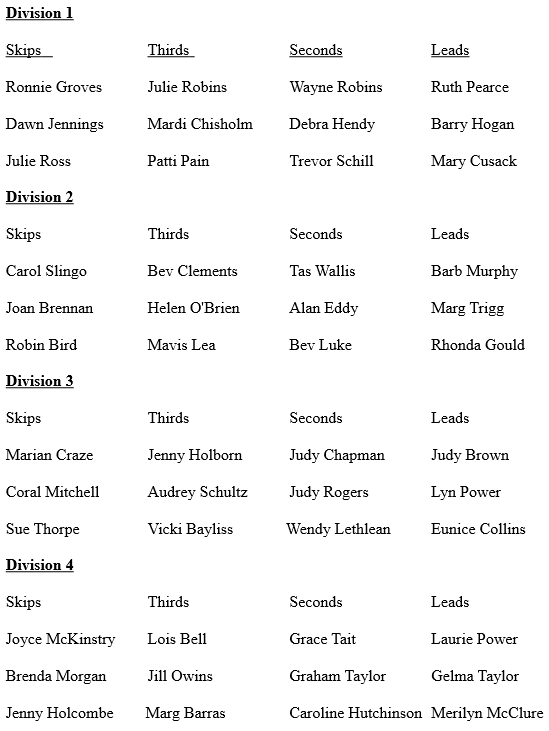 Week 7  Division 1 had a well earned win against Inglewood at home with the Division 5 team continuing their success at Harcourt. Division 3 and 7 challenged but weren’t successful this week.   Good Luck to all Divisions on the last weekend of Pennant before the Christmas break.

Division 7   @ Home Vs Eaglehawk on Frank John Green (Back)

Duty Rinks please ensure you carry out your duties at the end of the Pennant game!

Side Captains will be handing out the new Bowls labels / stickers. These are not to be used until the first game next year on the 18 Jan 2020.

Training on Thursday from 3:00pm – 6:00pm in designated teams. If you are unable to make practice or come late please let someone know from the selection team or have the message passed on.

A heartfelt thankyou to all members who support the Weekend  Pennant at the last moment to fill in when players are unavailable. It makes Selection harder when players return.

Weekend Selection is done Wednesday evening at approx. 4-6pm. If you have a grievance there is a process that needs to be followed please make an appointment if you wish to raise an issue.

Lastly I would like to wish all Members and Bowlers a heartfelt Merry Christmas with your Families and a wonderful New Year 2020. If you’re travelling be safe as we want to see you back here at the Golden Square Bowling Club next year for hopefully a successful year. 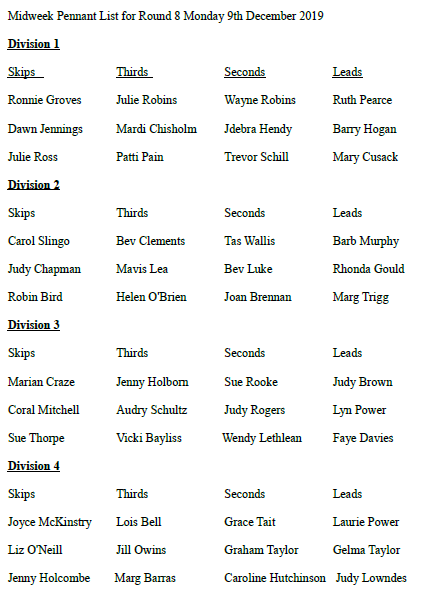 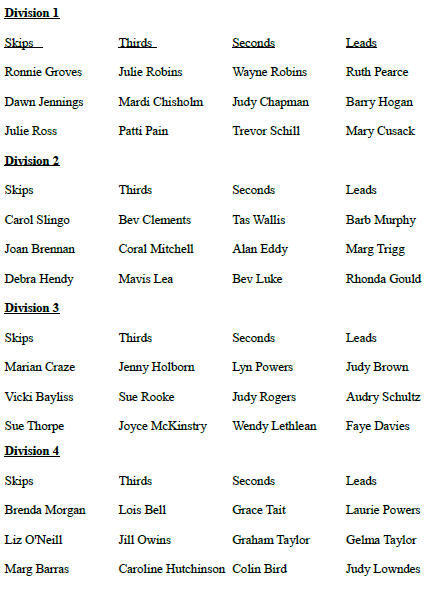