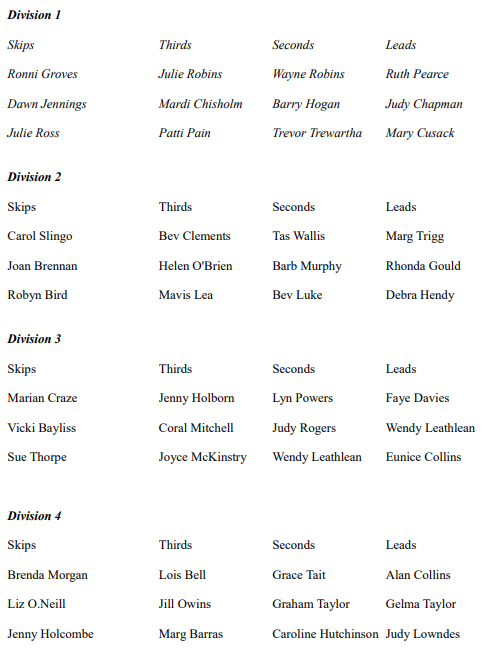 First week completed a pretty good effort by all Divisions although not all were successful but highly competitive. Good Luck to all Divisions once again this week.

A heartfelt thankyou to all members who support the Weekend  Pennant at the last moment to fill in when players are unavailable. It makes Selection harder when players return.

All a new season commences and we’re all refreshed from the break. Welcome to all new and returned bowlers to the Golden Square Bowling Club.  Good bowling to all and to a successful season 2019/20.

Note: Change of Pennant starting times for Season 2019/20.  Pennant matches are to commence by 1pm with the 2 end roll up to be completed by this time.

If travelling please ensure all members of your team are at the venue by at least 12:30pm.

Training on Thursday from 3:00pm – 4:30pm in designated teams. If you are unable to make practice or come late please let someone know from the selection team or have the message passed on.

Round 1  – The first week the best performed voucher will start with Division 7 and rotate up through the Divisions as the season progresses.